I started a Motion Design course at QUT during my last semester of university in 2020 and this was the first time I had used Adobe AfterEffects. Here are some mini projects that I worked on during this course.

Each composition experimented with a different type of motion design and with a key theme such as personality, type only or illustrative.

As much of my design work is influenced by music and culture, I decided to integrate songs that had inspired me at the time of each project and so you will see popular songs from Lime Cordiale, Post Malone and Flume. Each song influenced the overall design and theme of the motion piece and I tried to sync many of the motion elements to the music. 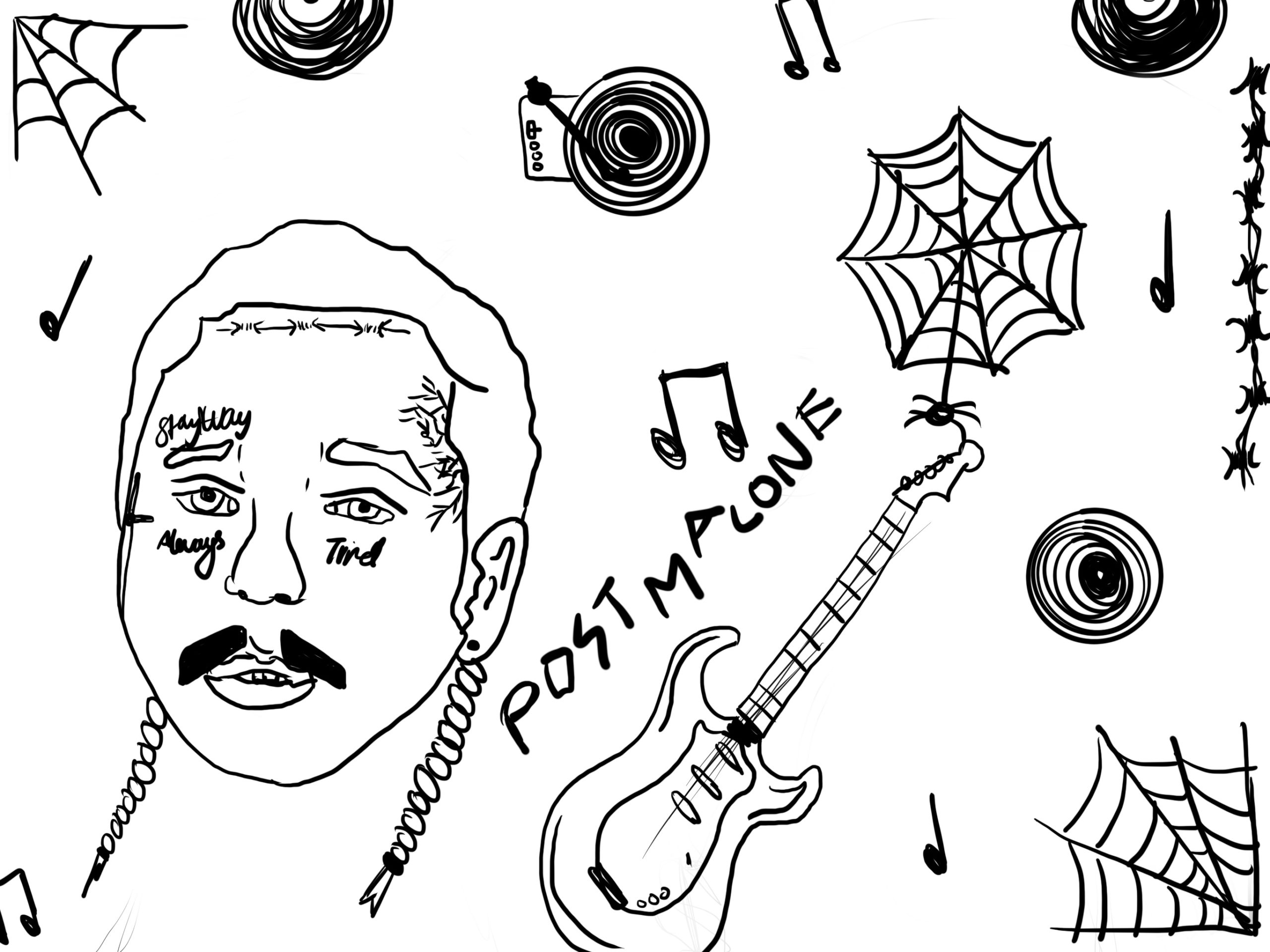 This composition uses different motion effects to achieve a ‘graffiti/art’ design where graphic elements are ‘painted on’ and ‘revealed’ across the concrete wall. The theme of this experiment was personality and I responded to this by using graphic elements to represent the party, musical personality of Post Malone with his song “Wow” playing in the background.

I used my iPad Pro to sketch thumbnails and create high resolution style frames. Graphic elements were found online and are not original. Using the style frames, I then used Photoshop to remove the backgrounds of the images and then screen these onto the AfterEffects composition. This gives the effect that the images have been overlaid or pressed onto the background layer. 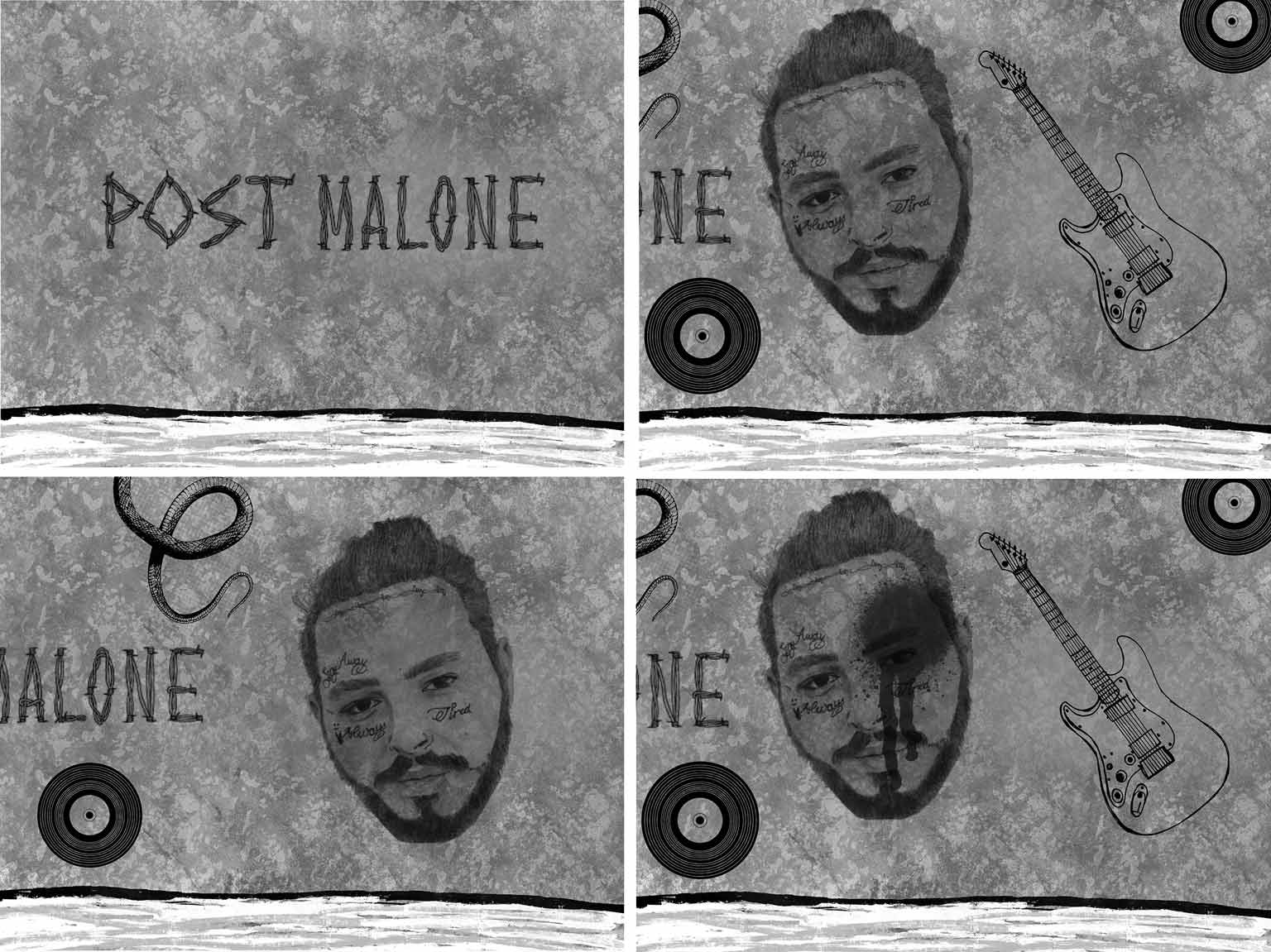 Watch the 10s composition here. Feel as though you are walking the street watching the art being drawn onto the wall. The soundtrack by Post Malone is the perfect sound to showcase his personality showcased through visual prompts. 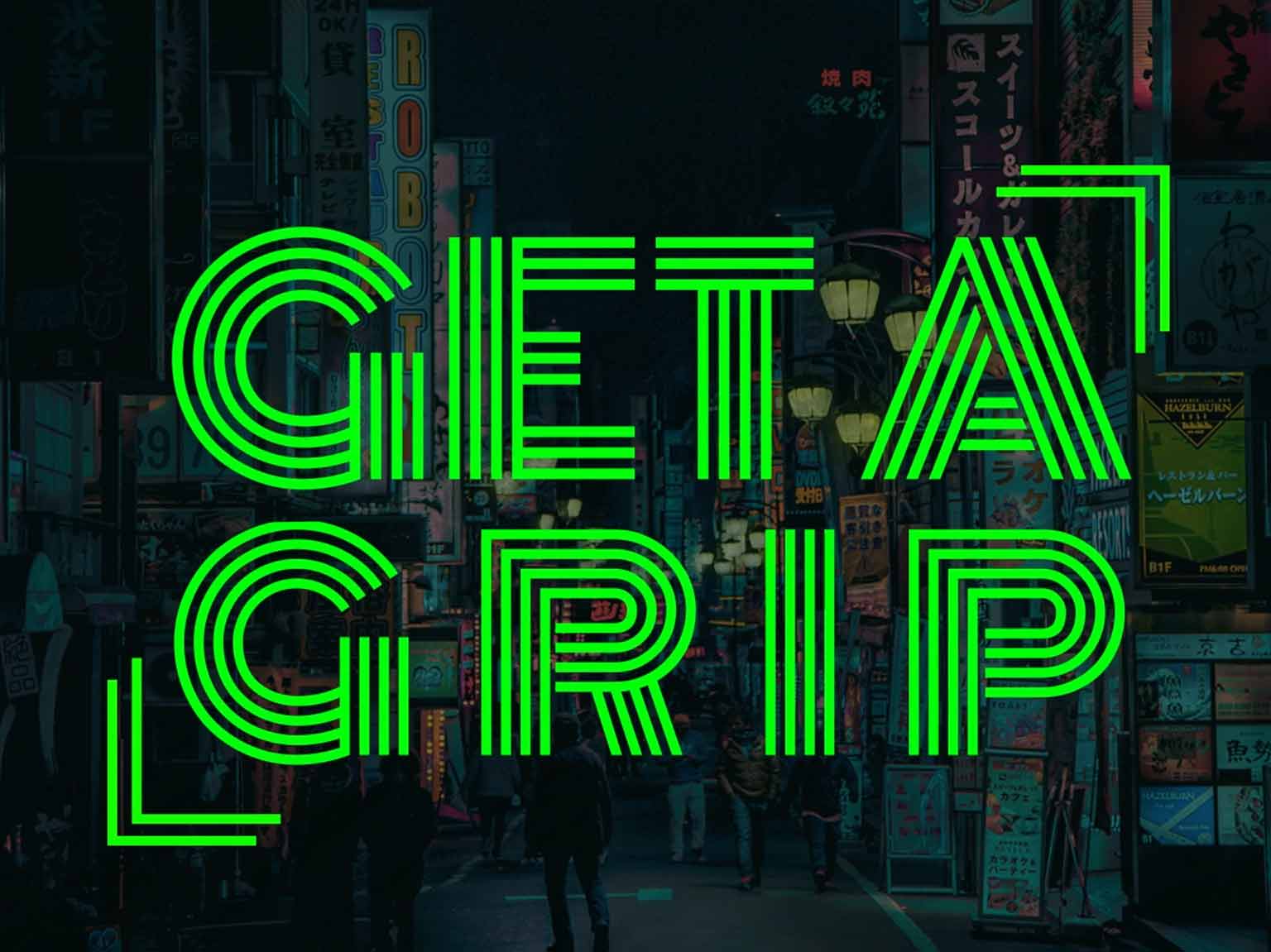 This project had to use only typographic elements and so I chose the lyrics from the song “The Difference” by Flume that say ‘Get a Grip.’ In a neon green, these words display on the screen with a Japanese cityscape to convey feeling of being trapped in a dark city and not knowing how to get a grip on reality.

I experimented with the text spinning and moving around the screen to demonstrate this trouble to stay balanced and sane.

Again I used Procreate on my iPad to sketch out the different scenes in my composition. I pulled images from photographer Liam Wong who has rich neon images of city scapes and dark alleys in Japan. I visited Japan in 2019 and was obsessed with the colours and shapes of these storefronts, houses and buildings around the streets of Tokyo. 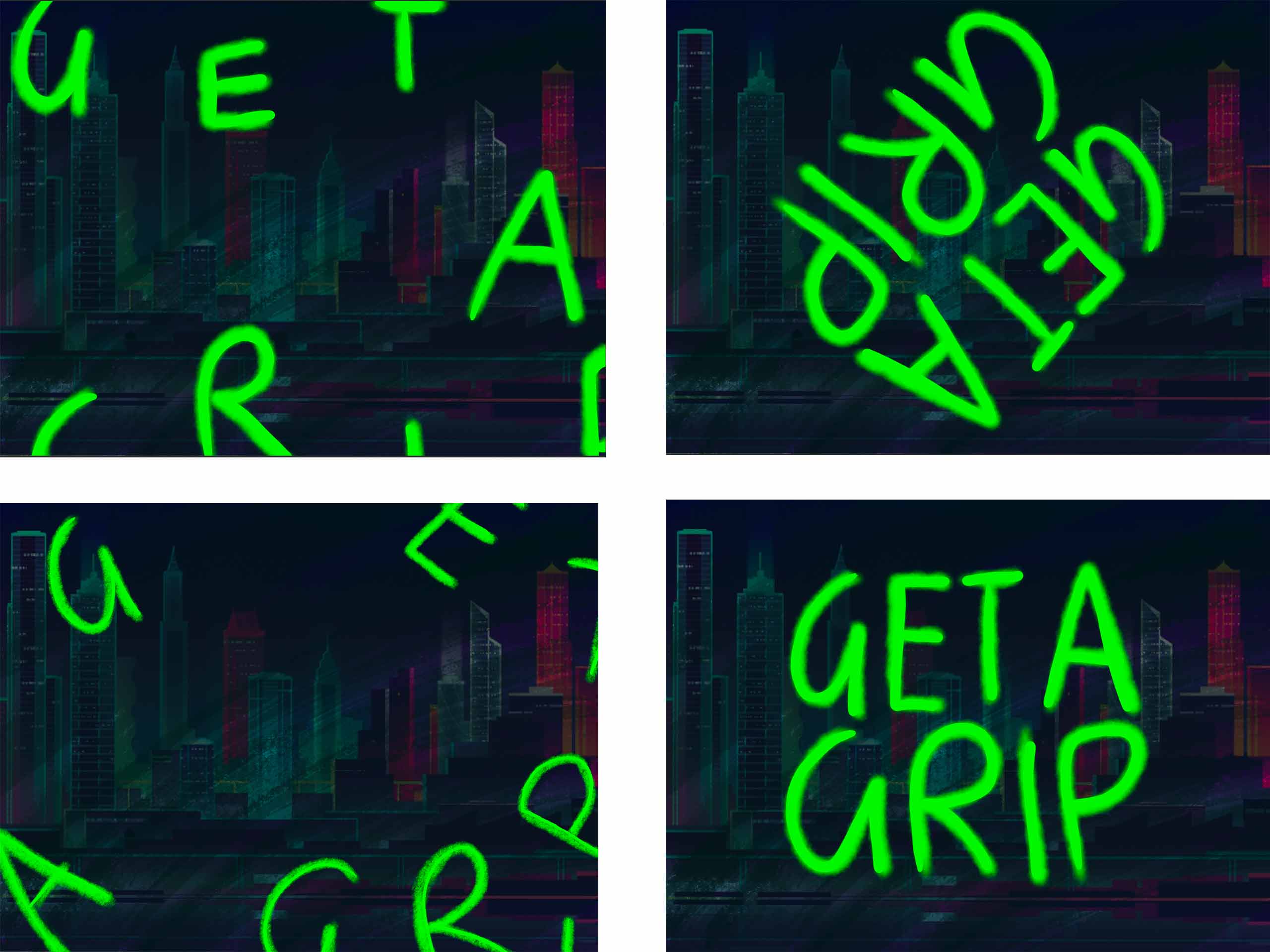 This catchy song compliments the funky, 80’s style neon typography which is a ode to Slice’s opening credits.

I included qualitative and quantitative data in the composition to help educate the audience on the mental health in the industry. There are also quotes from popular local artists Jack River and Tiny Little Houses. I chose a backing song by Jack River who is one of the artists who spoke about their experience with mental health.

Data taken from the ABC.

Using my iPad to sketch thumbnails, I experimented with how to reveal information in an engaging way so I did research into how people were doing infographic motion design in the industry. 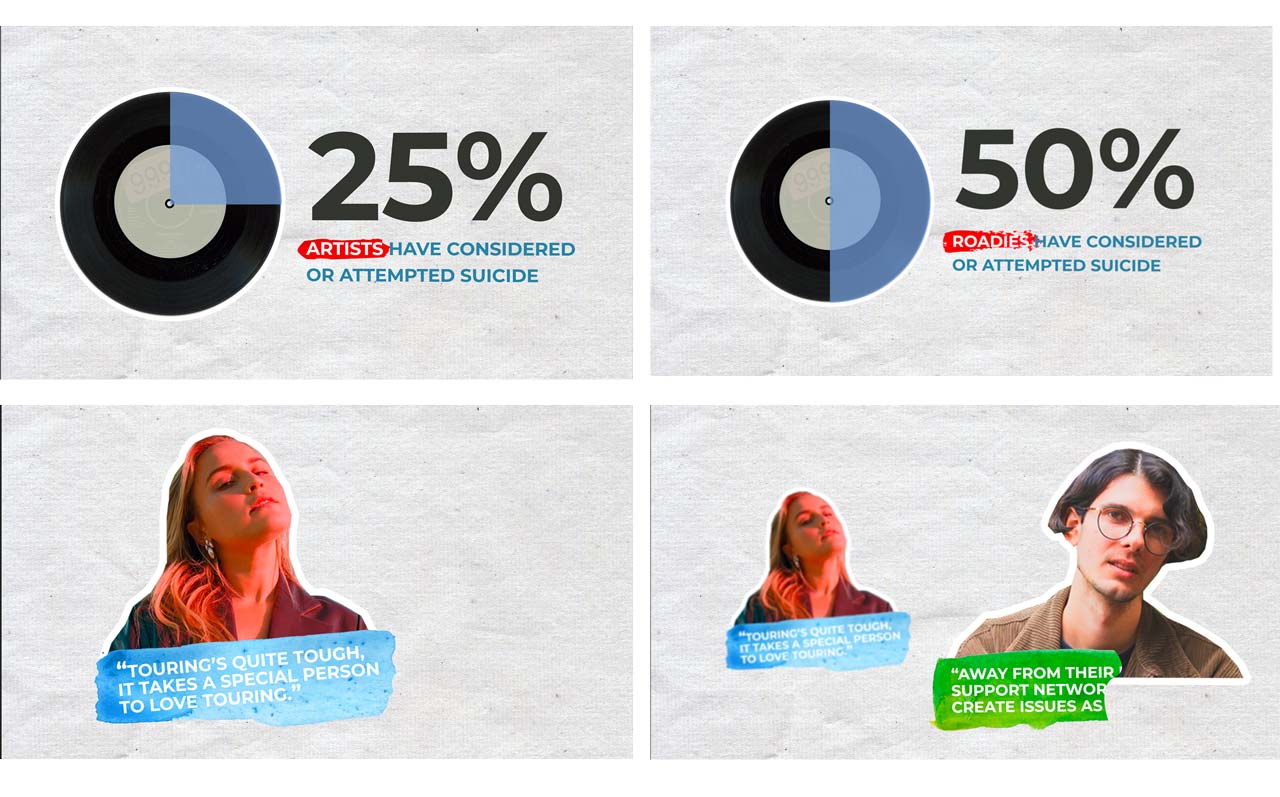 The audience is educated about the facts around mental health and the music industry but is also engaged by motion and the experimentation of camera angles.